Going Bald & What You Can Do About It 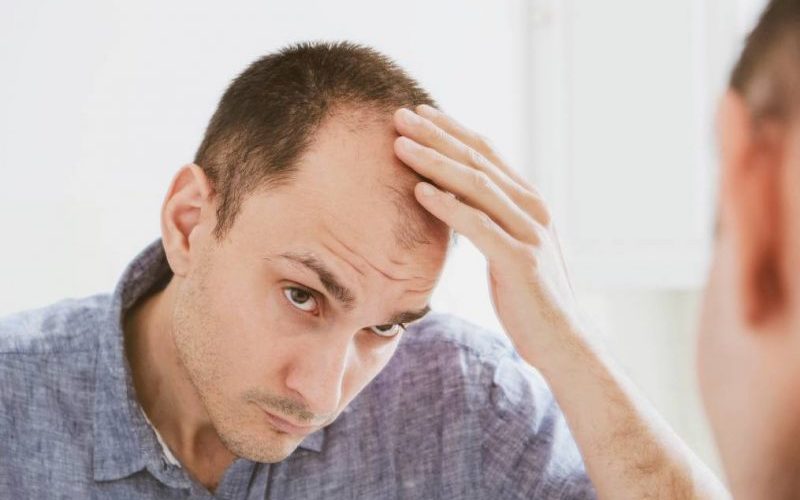 Going bald – the mere thought can trigger nightmares for many guys. But what can you do about it?

For most of us, making sure our hair looks at least acceptable has been part of our daily routine ever since we went on our first date. For some of us, the fact that mother nature could be interfering with our carefully crafted looks sends shivers down our spines.

But the fact is that many of us will have to face the music at some point in our lives. Statistically speaking, the vast majority of men experience baldness sooner or later. For some, it starts as early as their 20s. For others, it’s not a thing until their 50s. But by the time we hit our 80s, it’s a fact that four out of five men will have gone at least partially bald.

According to those numbers, you’ll likely be affected. So what does going bald look like, and what can you do about it? 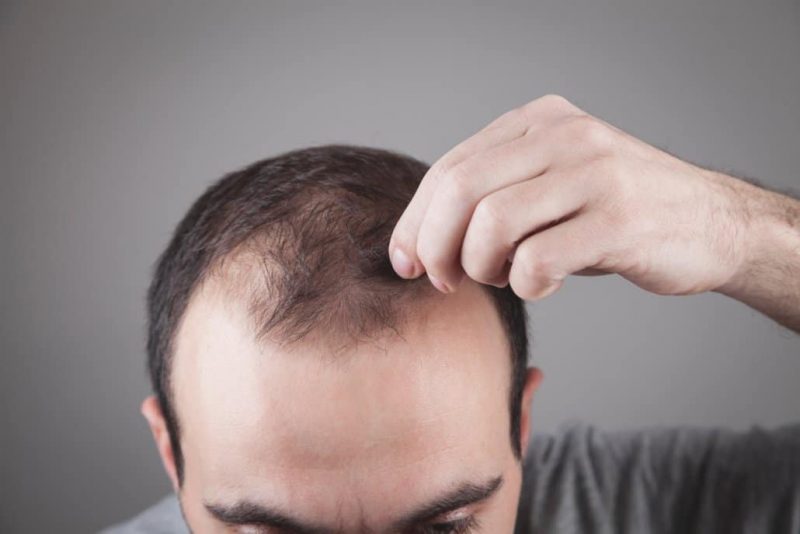 Before you get all worried, let’s make sure you actually know what’s happening to your hair. Generally speaking, there are three types of hair loss men experience.

First, there’s what is considered normal hair loss. All of us shed up to 250 hairs per day, both from the head as well as the beard (for those who have one). That means that simply because your comb had some hair in it, or you unclogged your drain and found a nasty ball of hair, does not mean you’re going bald. It could just be your body’s normal cycle to replace hair.

Second, there’s irregular hair loss that can be caused by a variety of reasons. Anything from a hormonal imbalance to a skin disease can make your hair fall out in patches. If you discover sudden, irregular bald patches anywhere on your head, you might want to consult a specialist to combat the underlying cause.

Why you are going bald

Let’s get the big question out of the way… There is no foolproof way to find out if and when you’re going to go bald before you actually start losing hair. There are tests, such as measuring your DHT levels, that aim to predict your likelihood of going bald, but they’re by no means an exact science.

Speaking of DHT – which is short for dihydrotestosterone – that’s the actual culprit for your baldness. DHT is an androgenic hormone, meaning it serves developmental functions in the male body. It’s an offshoot of testosterone, about 10% of testosterone gets converted into DHT.

There’s some irony to DHT. In part, it’s responsible for your body hair. High levels of DHT are associated with large amounts of body hair. On the head, however, DHT plays no role in growing the hair. It attaches itself to the hair follicles and eventually “strangles” them, causing hair to fall out quicker, grow back thinner, and eventually not grow at all anymore.

If DHT is the main “how”, your genetics are the main “why”. Apart from your individual DHT levels, your genetics play the single biggest role in deciding whether and when you’ll go bald. And it’s not only on your mother’s side of the family, as the urban legend has it. Look to the males on both sides of your extended family. If most are bald or balding, chances are you will do so as well.

Chances are you’re reading this because you suspect you’re going bald – either because you were told by your partner or best friend, or simply because you start noticing thinning hair when you look in the mirror.

Male pattern baldness usually occurs in one of two ways: Either the hairline recedes, giving the impression of a growing forehead, or the crown is thinning out. Oftentimes, a receding hairline is accompanied by a thinning above the temples as well.

The easiest way to track is to take regular pictures – say once every month – and compare the results to the official Norwood Scale. If you detect a slow but steady increase in visible skin, you’re likely experiencing male pattern baldness.

What you can do about your hair loss

There are proven ways to combat male pattern baldness.

You can externally stimulate the hair follicles to hopefully win the battle against DHT by using a vasodilator such as Minoxidil (Rogaine). The idea there is to widen the blood vessels and therefore increase the blood flow to the follicles, allowing for prolonged and stronger hair growth.

Or you can attempt to block (or at least lower) DHT itself. Finasteride (Propecia) is a pill designed to do just that, and it’s been scientifically proven to slow down and – in a few rare cases – even reverse the natural path of male pattern baldness. There are quite some side effects to Finasteride though, so please do your research and consult a specialist before you decide on this route.

If you’re really desperate, you can take the surgical route. Healthy hair follicles from the back of your head (where funny enough, DHT never affects the follicles in the first place) are surgically extracted and then implanted on the top of your head, effectively restoring natural hair growth.

All three options can come with side effects, and while mostly successful don’t guarantee to restore your head of hair to its former glory.

Which then begs the question: Why worry so much? Why not embrace baldness in the first place?

In 2021, bald is cool – no question. Some of the sexiest guys around are bald. Beards look absolutely badass on bald guys, and sunglasses become a much more powerful accessory once you get rid of your hair.

Why potentially risk your health and spend a lot of money to fight a losing battle? Why not at least see what you’d look like bald?