Will I Go Bald?

So – you’ve met with a friend for the first time in a while and were shocked to see his receding hairline and thinning hair?

And now you’re wondering if you’re actually in the same boat, and simply have not noticed because you see yourself every day?

Chances are you’re affected. More on those chances below. But even if you are – don’t worry: Keep your hair as long as you feel comfortable doing so, and then embrace baldness with all of its numerous benefits.

The sky is the limit. But what are your chances of joining this elite club of good-looking bald dudes? Let’s look at some of the facts.

Side note before we dive in: When we talk about going bald here, we mean Androgenetic Alopecia (ACA). Also called Male Pattern Baldness, it accounts for 95% of hair loss in men.

What are the chances of me going bald? 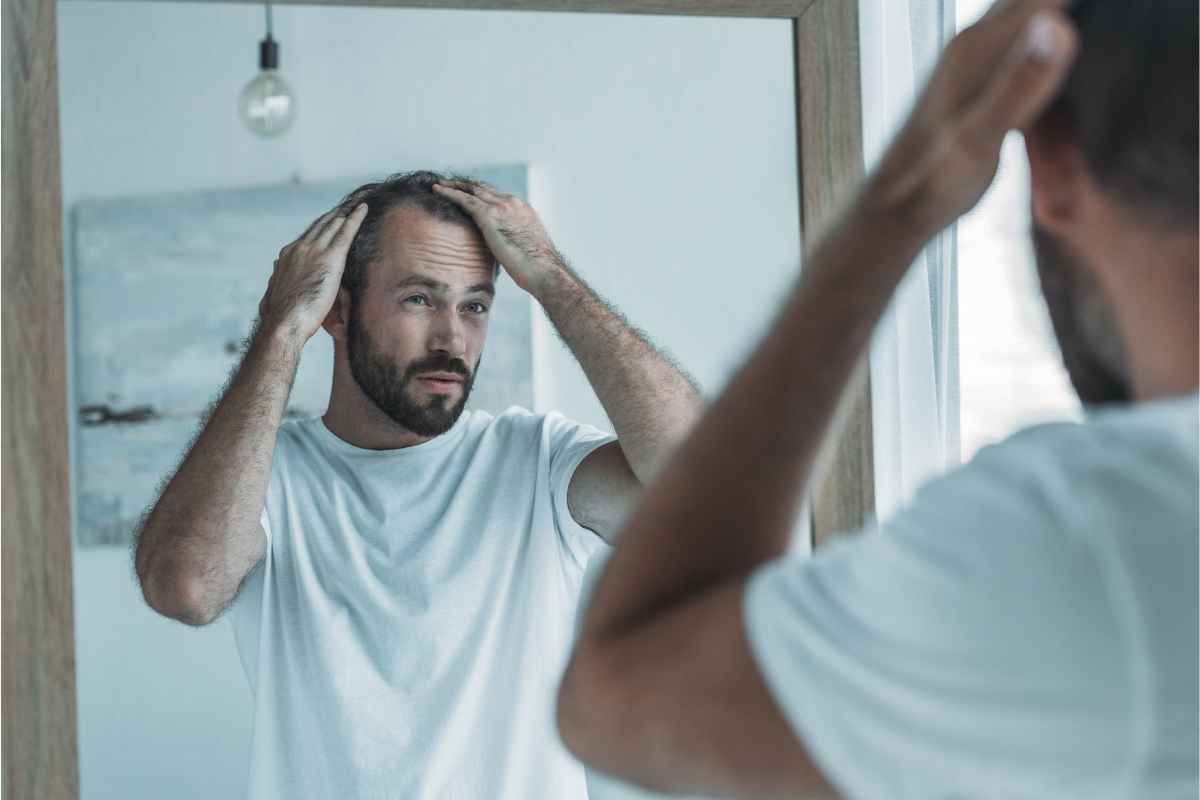 They are…high. If you look at your entire life, that is. Unfortunately, there is no magic formula or worldwide percentage for any given age, but let’s look at some of the data we do have.

Dr. Alan J. Baumann, a “Hair Restoration Expert”, puts out a simple formula: According to him, 20% of men in their 20s will experience hair loss. That number increases parallel with age: 30% of men in their 30s, 40% of men in their 40s, and so on. That means that, by age 90, 9 out of every 10 guys will have experienced baldness. (It also means if you make it to 100 and still have hair, you’re a statistical anomaly.)

Other sources show higher numbers: According to the American Hair Loss Association, 25% of men who suffer from male pattern baldness will experience first signs before the age of 21. They state 66% by the age of 35, and a whopping 85% for guys in their 50s.

Whether you’re an optimist and chose to believe the “Hair Restoration Expert” or you’re a realist and go with the numbers of the more official body, the result is the same: There is a significant chance you’ll end up at least partially bald over the course of your lifetime.

How do I know I’m going bald?

The obvious answer here is that you know you’re going bald when you lose hair. A few caveats though:

Make sure not to confuse cowlicks with balding. They’re not the same.

Also, sometimes sudden hair loss occurs due to a variety of factors, such as extreme stress, malnutrition, or hormonal changes. Seek medical advice if you see a lot of hair falling out or spot sudden obvious bald patches, but likely that’s not what’s traditionally considered baldness.

Truly knowing if you’re going bald is not rocket science though.

First, ask around. Maybe you are that friend mentioned in the first sentence. Are you getting surprised looks from people you have not seen in a while? Ask them about it. Or proactively reach out to people close to you who do not see you every day – they’ll notice.

Second, if you have a suspicion, take regular pictures of yourself, both of the forehead (hairline) and the top of your head. Do it monthly over 6-12 months, and you should be able to tell. Compare your pictures to the Norwood Scale and see which of the 7 official stages of baldness you land at. 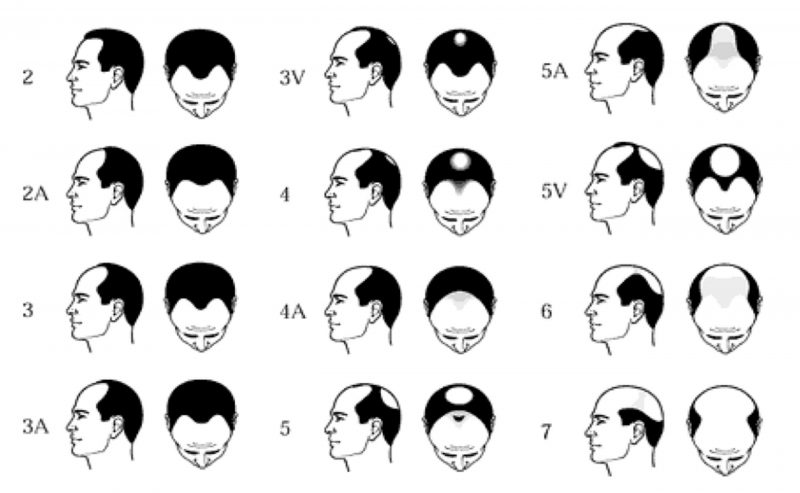 What defines if I’ll go bald?

Despite hundreds of millions of potential test subjects, the cause of male pattern baldness remains inconclusive from a scientific point of view.

Yes – genetics play an important role. The condition tends to cluster in families, so if every male in your family is experiencing hair loss, chances are you’ll do so too. Genes from both your mother and your father’s side of the family seem to have a say in the discussion – so simply looking at your dad’s bald head and drawing a conclusion from that might not always be accurate.

However, other factors have also been identified as being linked to male pattern baldness. Prostate cancer, disorders of insulin resistance (such as diabetes and obesity) as well as high blood pressure (hypertension) have been related to the condition.

The most promising method to find out if you’re going to be affected is a DNA swap: By measuring the DHT sensitivity (Read: What actually makes hair fall out?), scientists can tell your likeliness of going bald, as well as your predicted reaction to hair-loss medications.

Does baldness always happen in the same way?

No two heads are identical, and every guy’s hair loss journey is different. Having said that, there are two common patterns of how male pattern baldness usually starts and progresses.

One is the classic receding hairline, or growing forehead. Usually, it starts somewhat symmetrical, the hair in the middle still covering more of your forehead. As it recedes, it eventually becomes a straight line, and in the end stages, the center area recedes completely, leaving the top bald.

The second pattern starts with a thinning top and often times around the temples. Guys with this type of pattern are often able to hide their baldness a bit longer – especially if they’re tall and nobody can see the top of their head.

A combination of both is possible, and, if left to pursue the course of nature, both eventually end up with the typical “horseshoe” pattern of only leaving hair around the back and sides of the head.

Androgenic Alopecia, or Male Pattern Baldness, will statistically speaking affect the majority of men over the course of a lifetime. For some guys, it starts in their teens – a select few won’t be affected until their 50s. By age 50, however, there’s a 1 in 2 chance you’ll have started to lose hair.

Reasons include genetics, but disorders like prostate cancer, hypertension, obesity, and diabetes have also been related to Male Pattern Baldness.

The best way to see if you’re affected is to take regular pictures and focus on the hairline (forehead) as well as the top of the head – those two locations are prime targets to start losing hair.

Whatever you do – do not worry. Check out what you’d look like bald. Because just like Dolly Parton said:

“I love bald men. Just because you’ve lost your fuzz don’t mean you ain’t a peach.”