Thinning hair? 6 Reasons to Shave it off Like a True Alpha 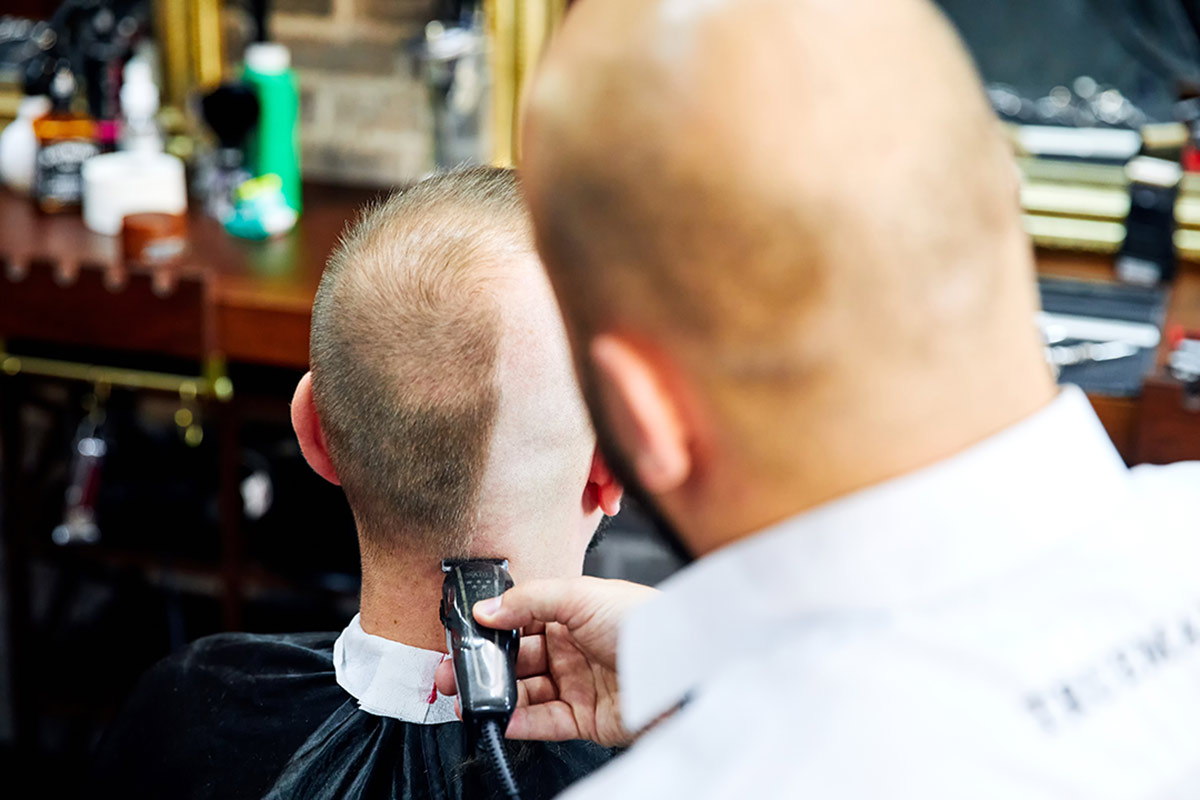 A dashingly bald head is a rite of passage. Proudly relinquishing our claim to hair, we step out into the world as beautifully bare and uninhibited as the day we’re born. Yet alas, it requires some guts to do so. If you’re thinking about shaving your head– full-on, raw and uncensored, you’re obviously going to feel some vulnerability. After all, your head will be naked for the first time.

At The Bald Company, we understand the hesitation of going all-the-way with your razor. So for any guy that wants to get serious about shaving his head, here’s 6 reasons why you should.

Baldness is sexier than you think. This look celebrates the raw integrity of a man who takes ownership over his looks. But when you can’t and instead, stubbornly preserve your leftover patches, your scalp becomes a time capsule or a conservation centre for your hair— “and here, ladies, is exhibit A, the remainders of my hairline”. Why advertise the loss when you can shave it and win?

Men who embrace their baldness are miles more attractive than those who don’t. We call these guys denial sufferers, a condition that comes across as desperate and needy. Instead, show your independence; play it cool by shaving your head and basking in the handsome light of your confidence.

Just as Batman learns, “fear is the humans’ greatest obstacle”. When you’re scared of something, you’re  vulnerable to its existence. By this logic, your fear of baldness makes you weaker through your inability to control your hair. But by shaving it off, your fear can no longer dominate you.

Think about how Bruce Wayne conquers fear. He embodies it in the form of Batman, making him seem invisible among the bats so he can emerge stronger and fiercer. In the same way, you must embody your fear by becoming a fearless bald winner. Once you shave your head and join the company, the traces of your fear become invisible, literally and figuratively, as you conquer the essence of your fear.

Embracing the look you’re born to rock is empowering. But burdening yourself with the misery of salvaging your hair is a huge confidence-sucker. Between using hair growth serums or styling techniques to create optical illusions, you’re focusing on creating an external identity that you’re not meant to have. How demoralizing is that?

Shaving your head frees you from the crutches of delaying, denying and avoiding hair loss. You’ll feel more confident about nurturing your natural identity, rather than hiding a perceived loss.

Our hair has a predestined path in life. We can’t fight our DNA; it’s already planned in our genetic code. So instead of struggling (and failing) to fight fate, why not focus on loving life and your bald head?

You’ll feel an empowering sense of relief when you unshackle yourself from the anxiety of avoiding the unavoidable. Just cut the umbilical cord to your few remaining follicles. They’re not your friend— but you are!

5. You’re not a follower

Being bald isn’t the problem; it’s society that’s the problem. By enforcing stereotypes about youth and attractiveness on Instagram or television, society’s got everyone drinking the insecurity kool aid. If you’re brainwashed, you’ll do all sorts of wackadoodle things to your appearance.

You’ll take unnecessary supplements, wear hair pieces or use serums to solve an issue that doesn’t actually exist. It’s no different from the way women think cartoon eyelashes and blowfish lips are hotter. Don’t be a blind follower. You don’t need cosmetic help for your hair; you only need you. Accept this truth by shaving your head.

There’s an effortless charm about going au natural with your baldness. Just look at John Travolta on Instagram, posing before the Living Legends of Aviation Awards. Dashing and oozing with pride, he sports his bald head with total composure and class. He’s living proof that shaving your head is the epitome of “taking the high road”.

But it’s hard to muster this pride when you behave like an archaeologist with your scalp, treating it like a preservation site for artifacts. Once you join The Bald Company, you’ll be ready to cut your losses like a bald winner. You’ll retain that ageless dignity– a look that’s always in style.